In memory of those lost one year ago today, I reprise my earlier post:

Superman is a Myth

It was a classic Superman moment. A train of seventy-two railroad cars filled with highly flammable liquid was poised precariously on a hill above a sleepy town filled with innocent Canadians. It was dark. There was no driver or attendant to witness that the airbrakes preventing the train from slipping are slowly draining pressure. The train begins to slowly roll downhill, picking up momentum as it ponderously but inevitably begins to roll faster and faster towards the center of town, disaster looming–but wait! Here he comes, streaking out of sky! A red and blue caped blur, a powerful hand braced against the lead locomotive, a grimace and then, with a squeal–all is saved, disaster averted.Minolta DSC

Only it didn’t happen. No Superman. Instead, disaster, death, and destruction. Innocent lives lost. The classic Superman moment, one I had witnessed in comics and onscreen since my wide-eyed youth, went horribly wrong. No Superman. 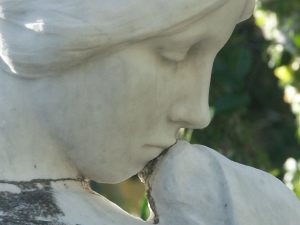 At first, I hoped and believed that Superman could not save the day because he was otherwise occupied achieving even greater goodliness, saving even larger populations of threatened innocents. But I checked–it seems that North Korea had not simultaneously launched a nuclear tipped missile aimed at a New York museum at the exact moment that Lois Lane was visiting with her little nephew’s fourth grade class. The only other possible explanation, that Lex Luthor had Superman incapacitated under a geodesic dome made of Kryptonite, was also disproved by a quick Google search. No Superman.

How could it be that Evil had triumphed? How could the sinister forces of darkness and malevolence succeed, unchecked by our heroes? Such a situation is contrary to the workings of a moral universe, would require the balance beam of justice to be bent beyond all reasonable fairness. Not possible; the Fates are not so cruel.

But, hold on a second. Deep investigation reveals no Fates, cruel or otherwise, in the immediate vicinity at the time of the accident. Reviews of salient radar logs show a sky clear of evil, flying monkeys. Overhead satellite imaging clearly indicates that a demonic miasma did not dissolve the critical feedlines to the airbrakes. Not at all. No Evil, either, it seems.

No, upon further investigation it appears that a well-meaning crew of volunteer firemen, responding to a fire on the train, skillfully extinguished the blaze. They did their best, including following the protocol which required them to shut down the engine to the burning train. The engine that provided the pressure necessary to maintain the airbrakes. And then they went home.

No evil. Not even an absence of good intent. But no Superman.

It makes me sad.

My heartfelt sympathy to the families of the victims of the Canadian railway tragedy.