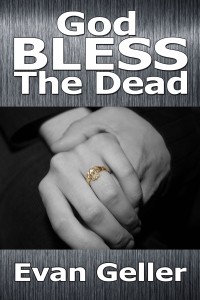 God Bless the Dead is the first book in The Claddagh Trilogy.

Gabriel Sheehan is in the truth business. He has invented a practical mind reading technology. But his wife, Helena, is no friend of the truth. Gabriel knew she was something of an enigma when he married her, but occasionally she seems more catatonic than enigmatic. And he definitely has the impression that she may have killed someone, though he’s not quite sure of the details.

While his company is a success, the change his technology works upon society attracts the attention of powerful forces, both in and outside of government: the kind of forces that his wife has carefully been hiding from for her entire life. But now she can’t hide anymore. And those forces are intent on using his new technology in ways that Gabriel had never anticipated—in ways that may lead to his wife’s final disappearance.

God Bless the Dead follows the lives of Gabriel, a failing grad student in Biophysics, and his wife, Helena. Helena is a brilliant, troubled red-headed Irish émigré, a victim of child abuse in a Sisters of Mercy orphanage. Based upon the most recent research in the field, this novel presents a prescient and realistic look at our society in the immediate future, when secrets no longer exist and justice is defined by technology. It is a love story and a story of overcoming one’s past, an exploration of the nature of mental illness and, ultimately, an uplifting examination of what makes our thoughts manifest and our lives meaningful.

The Problem With God

Book Two of The Claddagh Trilogy

What if dying is the easy part? Father Zimmerman knows all about Life, and Death, and God, and Salvation. He’s seen it all, lived and fought through wars and worse. Now, as a Jesuit priest teaching “The Problem of God” course to Georgetown undergrads, he’s used to being the one asking the tough questions. And grading the answers. But Life is so much more complicated than he imagined. So is Death.

When the woman with no name falls from a bridge, Zimmerman has the fleeting impression that he’s witnessing an angel falling to Earth. He’s wrong about that, too.

Buy:  Amazon:   The Problem With God

The Wise Silence of God

Book Three of The Claddagh Trilogy 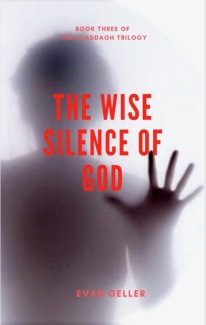 After Fr. Pauley succeeds in excising Grace from existence, it was only through the extraordinary effort of the fallen priest,Julius Zimmerman, that Grace is restored to the world. Now Grace faces her last and greatest challenge. While running from forces that want her dead, and a God that insists that she be excised, Grace sees only way out: to run a con on God, and trick Him into allowing her to exist. God, though, is a pretty tough mark. And He doesn’t like being played.

Shock and Resuscitation is a textbook edited by Evan Geller.  Unfortunately, McGraw-Hill rejected my preferred title: I’m Okay, You’re in Shock. Like most textbooks, it was hopelessly dated about a week after it was published, which makes it pretty much a relic at this point.

It remains available on Amazon at a cost far in excess of its worth.