Barbarians at the Gates of the OR

It is time for pervasive panic and generalized pandemonium in my little hospital.  We knew we had been fortunate these past few years to remain sheltered in our backwater, unnoticed in the shadow of the huge academic medical center just down the road.  Other hospitals, we know, have faced these trials in recent years, but we had been spared.  We had been a small island of sanity, a redoubt of reasonable people caring for patients with reasonable ways.  No more, however.  Today, wild-eyed administrators are running amok in the hallways.  Nursing supervisors are lining up the cowering minions for inspection of hand washing efficacy like so many orphans from Annie.  Surgeons with heads uncovered are being challenged and so are surgeons with heads covered when the OR nursing administrator explains that all heads must be covered but head coverings must be removed.  Lose that lanyard or lose your life–you’re going to kill somebody with that thing.  I don’t think I saw you wash your hands just now, did I, doctor?  It’s the regulations, doctor.  Please, don’t be difficult, doctor.

Trouble is at our gates–trouble in the form of the JCA (formerly the JCAHO, formerly the JCAH, the bastard devil-spawn of the lascivious American College of Surgeons and that harlot, the AHA) and the CMS (formerly so many different acronyms as to be unnameable).  Two hospitals in our realm (one being the aforementioned high-towered University Hospital) have been invaded, inspected, and decimated by the event.  Hospital administrators are left weeping and broken in their wake, clutching reams of citations and deficiencies.  Oh, the horror, the inhumanity–the lost revenue.

We will not be taken so easily!  We will be ready. Every effort will be made to put down this new plague.  We will wear garlic necklaces if there’s an article in the Journal of Medieval Medicine  (vol. 3, Sep 1199) that says that such efforts are laudable.  New regulations will be promulgated, old regulations rigorously enforced and any lack of enthusiastic compliance will be judged to be a threat to patient care and dealt with aggressively.  Those who do not comply will be reported to the committee we have for just this sort of thing.

There is only one problem–none of this zealous response has anything to do with the care of our patients.  Just the opposite, unfortunately.  Patient care is compromised amidst the capricious, unsubstantiated and unjustifiable new policies; policies that are conceived and become doctrine at administrative levels carefully removed from the influence of those difficult doctors who just won’t go along with anything.  New policies appear as dogma based upon AORN guidelines–but now that they are written down on hospital computerized stationary, take on the rule of law.  No matter that none of these guidelines approach the level of standards or regulations, that the JCA never required compliance with these phantom statutes, that there isn’t the faintest whiff of science or rationality behind them.  All hair is to be covered, so, yes, doctor, you are going to have to shave that off for the good of the patient. Do you want your patients to suffer a horrifying septic death and skew our hospital statistics?  Is that what you want?  I’m sorry, doctor, but if you’re not willing to put the welfare of your patient above all else, well–I’m very sorry to say that I must report your lack of enthusiastic compliance to the Committee to Deal With Combative, Aggressive, and Inappropriately Behaving Physicians Who Have a Bad Attitude.  Isn’t your ex-wife on that committee, doctor?  Are you sure you wouldn’t prefer to just wear one of our ‘full-coverage hoods’ and sit quietly in the OR lounge?  I thought you would, doctor.  Smile, doctor–the patients get upset if the staff isn’t happy, you know, and patient anxiety has been proven to have a negative effect on wound healing.  I know, nobody can see you smiling in that hood, but it’s really your entire attitude, doctor, that is really the important thing.  Don’t you agree?

I’m old enough to remember when physicians in general–and surgeons in particular–were held in high regard.  I mean, we used to have our own parking spaces and free coffee in the doctor’s lounge.  I remember when I was a resident in surgical training being taken to lunch between cases by my surgical attending at the hospital’s designated doctor’s only lunchroom, served a steak and fries by a waiter, then encouraged to finish my drink before running back to the OR to get the next patient ready for surgery.  And this was an inner city, midwest academic hospital! Table cloths and linen napkins!  I’m not making this up–it was the eighties.  Now that I’m an attending surgeon myself, I usually find myself wolfing down an Odwalla bar with cold coffee between cases. So I’m sensitive to the situation when one of my surgical colleagues is bent over the hood of a car, in handcuffs, with several guns pointed at him. How did we get to this? 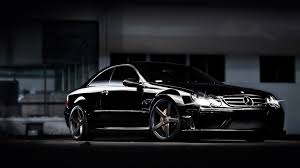 Because, I hear you saying, you guys act like greedy, pompous dicks.  And while you are right (see “Mommas, Don’t Let Your Babies Grow Up to be Surgeons” for a start), that’s not the exact explanation.  Doctors used to run the hospital–literally and figuratively. In the twentieth century, successful hospital administrators were either grey-haired physicians who realized that the most important thing a hospital did was take care of patients, or no-nonsense nuns with MBA degrees who wouldn’t let anybody die in their facility, goddam it.  By the turn of the century, however, hospitals became “Medical Centers of Excellence” with “Program Initiatives” and extensive real estate investments, even the occasional shopping mall amidst the medical campus.  The CEO had bigger concerns than relieving suffering and curing disease, he had a big bottom line and a board to answer to.  That patient care stuff was delegated to a third-tier hospital administrator who could be found cowering in a windowless office, apologizing to the Chief of Cardiac Surgery for not getting his shiny new hospital wing finished on time, begging the surgeon not to make good on his threat to bankrupt the hospital by taking his skills across town.  Now the third-tier hospital administrators take home million dollar salaries as they lay off all the experienced nurses in that same, now careworn cardiac wing, because of the need to “trim the service line overhead.”  The center of power has shifted, you see.  Today, the Chief of Cardiac Surgery finds that his ID badge doesn’t even open the doors to the administrative wing.  And that’s where the nice cafeteria is.

Not so many years ago, I used to make a habit of leaving the hospital on my way home by walking out through the Emergency Room.  You learn after a decade of being the Chief of Trauma Surgery to look for trouble on the way out, because otherwise you had a pretty fair chance of getting called back in half an hour.  So on the way out I’d walk through the resuscitation bays and exit through the ambulance dock.  On one occasion, I was walking out this way when I noticed that a number of hospital security personnel were surrounding an individual, guns drawn.  The university had only recently granted our security personnel permission to carry weapons, and it wasn’t unusal at this time to see them working through the particulars of just when to employ their new, shiny Glocks.  It was dangerous to drop a candy wrapper in the lobby or complain too vocally about the lack of parking spaces.  So on seeing this little armed tableau, I just kept walking, somewhat ignoring the guy bent over the hood of his car, screaming obscenities.  I stopped, however, when I recognized the man’s voice.  That, I recall thinking, sounds like my colleague Mark.  Mark was a busy and talented surgeon who operated at several hospitals in the area.  I looked over.  Damn, I thought to myself, that looks like Mark, too.  I walked over to see a man struggling and cursing as he was bent double over the hood of a black Mercedes, being handcuffed by hospital security.  It was Mark.

“Mark,” I said, “what’s up, buddy?”  I noticed at this point that the big black Mercedes, Mark’s car, was parked on the helipad.

“Please stand back,” one of the security guys with his gun drawn admonished me.  “This is a dangerous situation.  I have to ask you to please step back, sir.”

“Geller, is that you?” Mark asked, his face being pressed into the hood of his car.

The security guard waved his gun.  “Step back, sir.  Last warning.”  I’m not sure what he meant by that, so I stepped back.  He had the air of being the man in charge.

“Tell these assholes who I am, Evan!” Mark yelled.

“Do you know this man?” security guy asked.

“Maybe.  What’s going on, officer?”  They love to be called officer, because none of the security guys are real cops, you see.  They really, really, wanted to be real cops.  The guns helped.  New cars with the flashing lights also helped.

“He tried to kill one of our officers,” the security guy explained.

“I just needed to park, so I could do a case!” Mark yelled over.

As I was later able to put together, it turns out that Mark was called to take care of a young patient with appendicitis.  When he got to the hospital, however, he couldn’t find a parking space in the ER lot or the designated doctor’s lot.  Being Mark, he elected not to pay to park in the visitor’s parking structure, deciding instead to park his black Mercedes 500 on the helipad.  This, it turned out, had made it rather difficult to land the helicopter with incoming trauma patients, so security had been called.  Mark finished his case and came out to see his car about to be towed so, being Mark, he got in his car. Being Mark, he assumed that this would resolve the problem.  ER security guy stepped in front of his car.  It seems that security guy, gun drawn, had decided that the goal was not so much to clear the helipad for the transportation of incoming trauma victims, as it was to make Mark pay for his effrontery by having his rich doctor car impounded.  At this point, Mark decided the wisest course of action was to drive away and hope everyone would just forget the whole silly episode, but unfortunately this involved nudging the officer gently with his large, black Mercedes.  Which quickly escalated to a lot more security guys with guns drawn deciding to arrest Mark’s rich doctor ass.

Once I understood exactly what happened, I had to explain to the security guy that no, I don’t think I know the guy after all.  Looked familar, but not the guy I thought he was.

And that’s kind of why things have changed for us doctors.